What is breast rippling? How can it be avoided.

What is breast rippling? How can it be avoided. 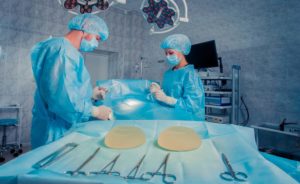 The word rippling comes from the English “ ripple ” which means “ripple / ripple”. This term is used to describe the appearance of wrinkles after breast augmentation. Rippling worries patients about the unsightly result that comes with it. This phenomenon does not manifest itself immediately after surgery, but is seen after a few months, when the patient believes that she has already overcome the possibility of having complications.

How can you avoid rippling? Breast rippling can be caused by:

– a prosthesis implant with a cohesion not suitable for the type of patient (silicone density). A prosthesis is all the more safe, homogeneous and lasting when its cohesiveness is selected according to the quality of the patient’s tissues.

– Soft or low cohesive implants are very pleasant to the touch because their consistency is very similar to that of the female breast.

– Prostheses need good tissue coverage especially in very thin women. Rippling is much more likely to occur when a low cohesive prosthesis is implanted superficially or subglandular in a thin woman. In these patients, a deeper plane should be favored: not superficial subglandular prostheses but partial submuscular prostheses implanted according to the Dual Plane or Triple Plane technique.

– When choosing the prosthesis it must be taken into account that each chosen shape implies a different type of cohesion. The patient who wants to undergo the breast augmentation surgery must be guided by the Aesthetic Plastic Surgeon in the choice of the shape (anatomical or round) and the most suitable volume but also the type of shape, cohesion and the implant plane (retro glandular or back muscle). These parameters, if selected correctly, will allow to obtain beautiful and natural results.

How can rippling be fixed? The rippling of breast implants is not a problem that jeopardizes the patient’s health but it is only a blemish. However, if the wrinkle in the breast is too evident that you cannot live with it, you can consider the hypothesis of undergoing a new surgery to replace the prostheses with anatomical prostheses or place the implantation of the prostheses in a deeper, retro muscular plane. , or perform a lipofilling to fill and increase the thickness of the skin-subcutaneous tissue that has thinned. The prosthesis will be well covered in an immediate and effective way, making the aesthetic problem disappear.